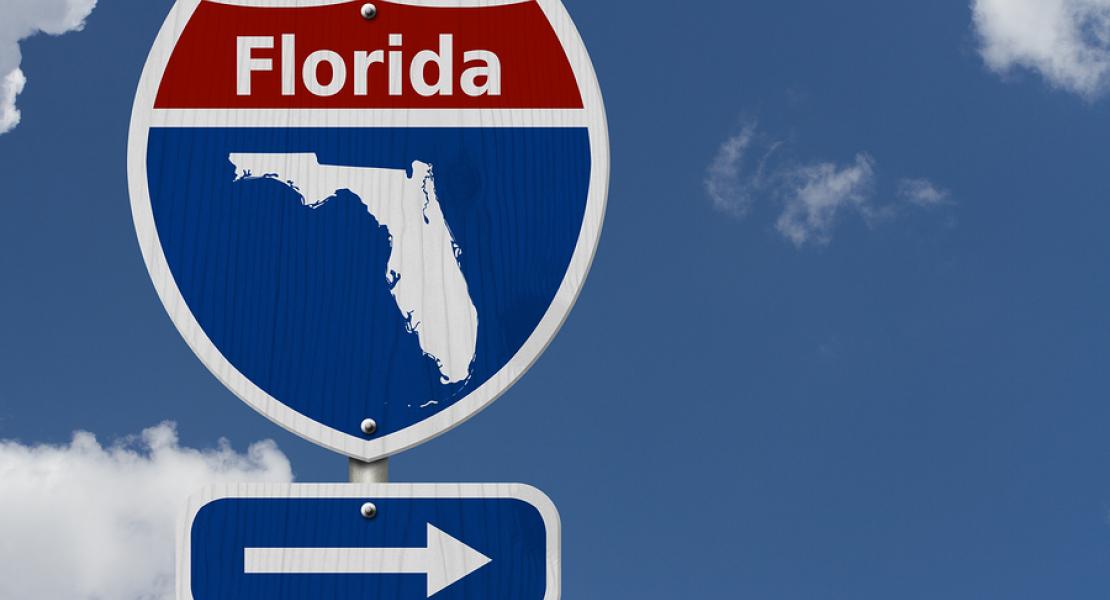 While a person may have more than one residence, theoretically a person may have only one domicile. The process of establishing a Florida domicile can be complex as well as elusive. Many individuals are under the mistaken impression that if they purchase a home in Florida and send out address change cards they are officially Florida residents and have fulfilled all the requirements for relinquishing residency in their former state, however, many more steps need to be taken.

Establishing a Florida domicile can be obtained by choice, however, two necessary elements must be met. First, there must be physical presence which can be met by owing or leasing a residence in Florida. The more permanent the relationship is with Florida the stronger a case can be made. The second element, "intent" is subjective. The burden of proof is on the person declaring domicile to show that Florida is the center of the person's social, economic as well as civic activity.

Many folks are surprised to learn that Florida does not mandate that you spend 180 days or more to be considered a Florida resident. There is no minimum mandatory time you are required to spend in Florida to be considered a resident. Florida does not care and neither does the Federal government. However, if possible, you should seek to avoid spending more than six months at your northern residence as they will be the only party to cry foul.

In many instances the issue is not the steps an individual has taken to become a Florida resident, but rather the steps that an individual has take to divorce him or himself from their northern abode. Many northern states have lost substantial sums of both income tax as well as estate and revenue as a direct result of part time Florida residents declaring Florida their domicile. Accordingly. many states have established criteria placing the burden of proof on the party declaring Florida as their domicile. At a minimum it is strongly recommended that the following steps be taken if an individual with two residences seeks to declare Florida their domicile.

A) File Declaration of Domicile with the Clerk of Court in the Florida county where one resides.

C) If you own property in Florida, file for a Homestead Exemption in the county in which you reside.

G) Change affiliations with religious and social organizations to Florida and seek to request non-resident status with organizations maintained in the former state of domicile.

H) Transfer family possessions, heirlooms and collections to the residence in Florida since it is assumed those items would be kept at a permanent home.

I) File the Federal Income Tax showing Florida as your address and affirmatively state on your last return in your former state that it was you final return for that state. It is beneficial to notify the Internal Revenue Service by certified mail that you have changed your address.

L) Direct that paychecks, interest and dividend checks be mailed to Florida.

The key issue is that northern states look beyond whether Florida domicile has been declared and look directly to see if the client has effectively abandoned their northern domicile. As a result, it has become increasingly complex to defensively plan to limit or avoid exposure to income tax and estate tax laws of northern states. In many instances red flags are raised at the time of death of Florida residents who otherwise own northern property.

Seeking to localize a Florida resident's affairs through various instruments may effectively reduce the possibility that an estate tax will be claimed. Suggestions include: Revocable Trusts, Limited Liability Companies, Irrevocable Trusts, and Offshore Trusts. In these circumstances the northern real property may be reduced to personal property held and owned in the state of Florida, thereby eliminating the need for tax clearance letters from the northern state.

In summary, careful planning must be given including spousal rights for new residents seeking to declare Florida their domicile.

Learn from mistakes...
preferably someone else's.

Benefit from years of experience that title companies cannot match... and all for basically the same price.